I have been remiss in not adding anything new to this blog for a while, but after a lovely day out in Cromarty last weekend (the Achcraggan of the My Friend series of novels), it would be a sin not to share some of the pictures taken on my phone.

Once in the town we parked up and headed along the narrow streets toward the shore. It was a lovely sunny day and the view out to the Sutors of Cromarty was beautiful (appropriately called The Cobblers in the novels, a soutar being the Scottish term for a cobbler).

The view towards the fabrication yard at Nigg, on the other side of the firth, was quite different. Not sure what these structures are going to be but we suspect they may become North Sea wind turbines.

After a spot of lunch we had a wander round the streets, and although we have visited it many times, we had to pop inside Cromarty Courthouse which houses the town’s museum. The old courtroom is set up with animatronic figures and audio, where they recreate a court hearing from a very long time ago. I did take a short film but sadly can’t seem to upload it here. I do have some pictures of the rooms inside the building however and of the jail cell itself. On a sunny day it didn’t look too foreboding but in the depths of winter it must have been a dire place in which to be incarcerated.

Finally, we had a wander along to the Royal Hotel which looked sparkling white in the sunshine. I’ve never quite worked out which public house Jane Duncan’s father and uncle might have frequented, but possibly an amalgam of a few hostelries of the time, this one included. As long as her grandmother didn’t find out about it, all would have been well!

Thanks for accompanying me on my trip to Cromarty. I shall return soon with more Jane Duncan-related blog posts.

I have just returned from a Weekend Residential held in the village of Cromarty, the Achcraggan of the My Friend… series of books. For only the second time since I started my Creative Writing course at college last September, I met up with my classmates in a non-virtual fashion, so it was a great chance to catch up. Courses like ours are mainly done online nowadays, with lectures being given via Video Conference. ‘Tis the times, but the weekend was a resounding success so more will follow no doubt.

The centre where we stayed is an old brewery, so what better name for this quite fabulous centre for the arts than, The Old Brewery. I am local-ish, so know the village well, and my husband’s very first job was at the local pottery (it is a very artsy place), but for people who have never visited before, it really is quite something – Almost a time capsule from the 18th century when Cromarty was one of the most prosperous places in Scotland because of trade with Northern Europe, and because of the vast shoals of silver darlings (herring to you and I) that were caught off its shores. 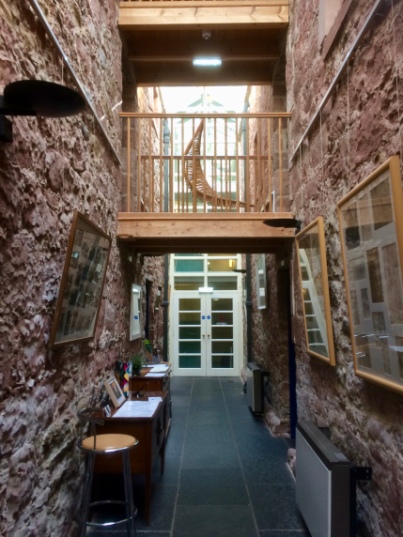 The entrance hall to The Old Brewery in Cromarty

The Sutars of Cromarty (Cobblers to you and I) – The story is that two giant shoemakers used the cliffs as workbenches, and tossed their tools to and fro

I did say it was almost an 18th century time capsule however, and that would be because if you look west along the firth, the view is something like this. I went out for an evening walk amongst the quaint streets of the old fishertown, but when I joined the shore road, I was quite mesmerised by the scale of the lit-up structures attached to the oil fabrication yard on the north side of the firth.

The Oil Fabrication Yard at Nigg

However, in the morning, I woke up to this – What a weird mix of old and new, but strangely alluring too, as it brings a modern-day sharpness to the quaint and slightly twee village.

The quaint village of Cromarty

Over the course of the weekend, an invitation went out to give readings of either your own work, or that of a favourite author. Of course for me it was simple, as what better to read when in Cromarty, but a couple of excerpts from My Friends the Miss Boyds. The two I chose have already featured in this blog, The Freedom of the Individual and The Difference between Townsfolk and Countryfolk.

I think they both went down quite well.

The East Church in “Achcraggan”

Had a lovely visit to Cromarty earlier on this year with a friend who was over from Australia. Amongst other things, we paid a visit to the East Church, which was very probably the inspiration for the Reverend Roderick’s church in the My Friend... novels. 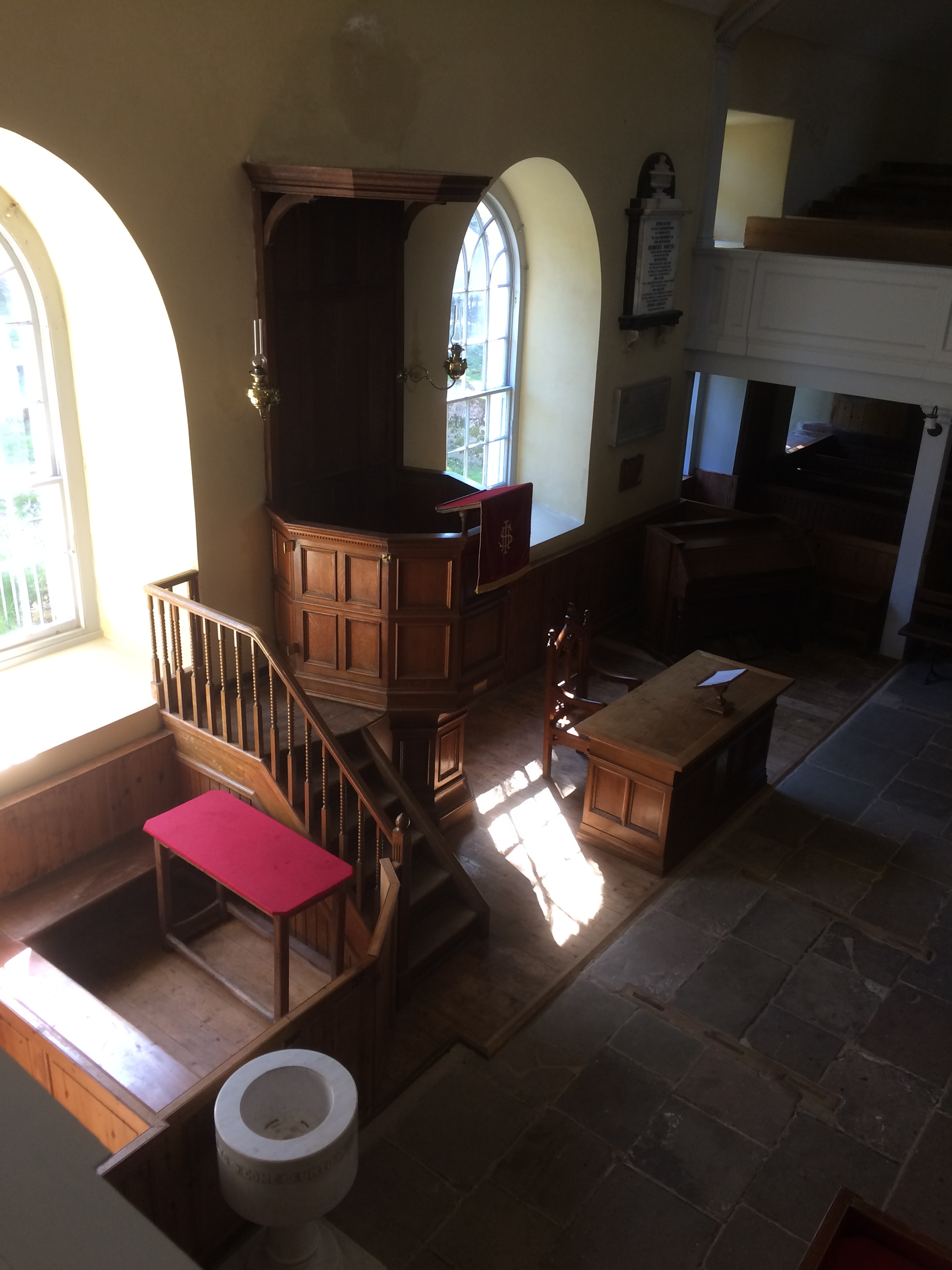 Inside the East Church